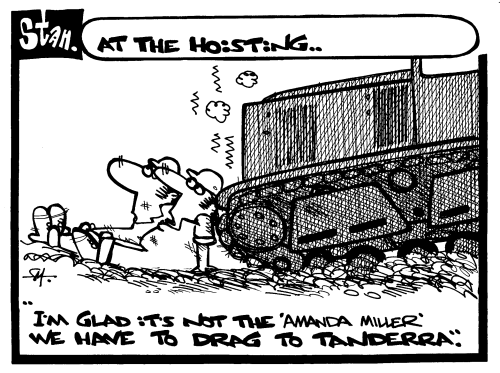 As the cartoon said, it was lucky the ship was the smallest built at the shipyard, and only weighed about 650 tons, and not one of the largest ships, the 1971 built AMANDA MILLER, a 66,000 ton oil tanker (Which provided a lot of entertainment for the people of Whyalla when it caught fire during construction on 18 April 1970.).